I’m not a huge potato chip fan, but every once in a while I find myself craving the salty, sour bite that only salt and vinegar chips can provide.  It’s a strange thing, I know, but what can I say?  When you get a craving, you get a craving.

But now, thanks to the current issue of Bon Appétit magazine, I have a new way to take care of my craving.  As I flipped through the issue, I saw plenty of recipes that looked interesting, but this one caused me to stop, read through, tab the page, and put the recipe on the following week’s menu.  And whoa.  The recipe did not disappoint.  Just like the method described, boiling the potatoes not only made them soft and buttery, it also completely infused them with the vinegary bite I was hoping for.  With a quick toss in a buttery skillet and a sprinkle of flaky sea salt, I had found myself a fun new way to jazz up roasted potatoes.  Served alongside a perfectly flaky salmon filet, these potatoes made for one fabulously fancified version of fish and chips.  A new favorite, for sure. 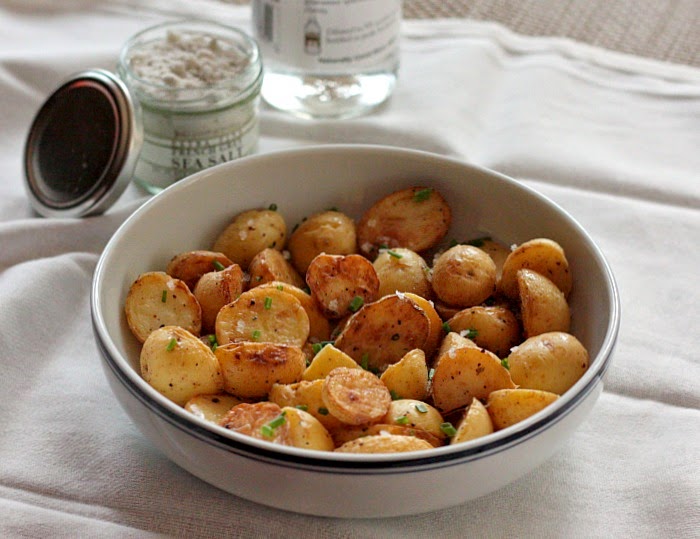 Crispy Salt and Vinegar Potatoes
from Bon Appétit, May 2014

3.  To serve, drizzle with remaining vinegar and top with chives and sea salt.