Dependability.  It’s a beautiful thing.  If you’re craving real Mexican food (not that mushy, dripping with oil kind served in most restaurants) you can always turn to Rick Bayless.  Always.  Case in point–his incredible recipe for jalapeno-baked fish with tomatoes and potatoes.  Brilliant.  Just like this pork tenderloin.  It was tender and flavorful and quite healthy.  I served it with black beans and corn on the cob with lime-cilantro butter.  We thought it was just perfect. 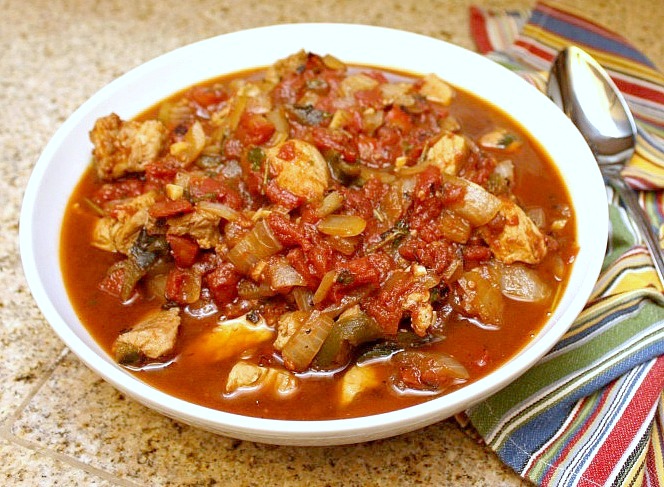 1.  Roast peppers over open stove-top flame or under a broiler, turning until blackened all over, about ten minutes. Transfer to a bowl and cover with a kitchen towel until cool enough to handle. Peel the blackened skins off and rinse under cool water to remove seeds. Slice into 1/4-in. strips.  (This can be done the night before.)

2.  While the peppers are cooling, generously salt the tenderloin pieces. Heat the oil until almost smoking, then add the pork and sear over medium-high heat until browned all over, about four minutes. Remove the pork, leaving the oil in the pan.

3.  Add the sliced onion and cook 4-5 minutes over medium heat until golden but still crunchy.  Add the garlic and peppers and cook until fragrant, about two minutes more. Add the tomatoes, broth or water with Worcestershire, and the epazote if using (save cilantro for later, if that’s what you’re using). Bring to a boil and cook until slightly thickened, 4-5 minutes.

4.  Add the pork back in then stir in the cilantro, if using. Simmer until the pork is cooked through, approximately four minutes. Season with salt, to taste.