I’m not going to beat myself up too much, though.  I know that, as a teacher, I can make up for some lost time during my summer break.  I also know that special occasions call for special desserts.  Luckily, I had chocolate mousse on my list.

Classic chocolate mousse seemed too heavy for a springy Easter brunch, so I brightened it up a bit by using white chocolate instead.  The light strawberry sauce was a perfect contrast to the richness of the mousse.  Even after an absolutely HUGE Easter meal, my family had no problem making room for this dessert! 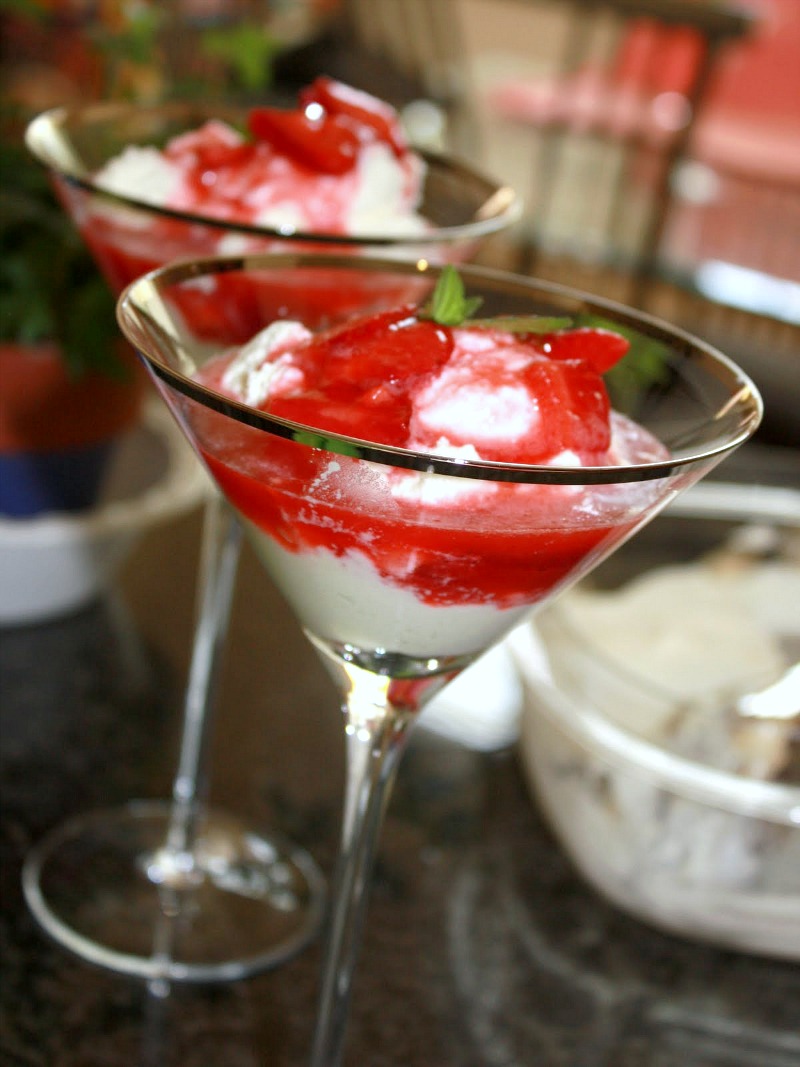 pinch of cream of tartar

1.  In a blender or food processor fitted with the metal blade, combine 1 1/2 c. of the strawberries with the sugar. Puree until smooth. Strain through a fine-mesh sieve into a bowl. Add the kirsch and stir to mix. Cut the remaining 1/2 c. strawberries lengthwise into thin slices and stir into the puree. Set aside.

2.  Place the white chocolate in a heatproof bowl set over but not touching gently simmering water in a saucepan. Heat the chocolate, stirring occasionally, until it is melted and smooth and registers 140°F on an instant-read thermometer. Gradually add the warm milk to the chocolate, stirring constantly until smooth. Remove the bowl from the pan of water and let the mixture cool until it is almost at room temperature.

3.  In a bowl, using an electric mixer, beat the cream on high speed just until soft peaks form.

4.  In another bowl, using clean beaters, beat together the egg whites and cream of tartar on high speed until stiff peaks form.

6.  To serve, spoon about half of the mousse into six martini, stemless wine, or parfait glasses, half filling each glass. Top with the strawberry sauce, again using about half and dividing it equally. Repeat with the remaining mousse and strawberry sauce.  Serves 6.

one year ago: a great healthy Mexican side dish, calabacitas