I was never really a marshmallow fan as a kid. Well, that’s not entirely true. I loved them in hot cocoa or roasted over the fire for s’mores. After all, who can resist a warm, gooey, marshmallow with perfectly crisped edges sandwiched between two graham crackers and a big square of chocolate? Not me! As for snack straight from the bag, though, I could easily pass.Fast forward to my adult life. Every year, my assistant principal makes homemade marshmallows for our staff Christmas party. I was reluctant to try one the first year she brought them because, as I mentioned, they’re not exactly my favorite. But intrigue got the best of my will power and holy cow! I’m so glad I did try them. They were so delicious and not at all like the bagged marshmallows we’re all used to!I decided this year was the year to make marshmallows all on my own. I was a little nervous, because I’ve heard stories about marshmallows coming out like little bricks and marshmallow strings caught on every thing in the kitchen. I didn’t have either of these problems (and I attribute not being a sticky mess to Smitten Kitchen’s sound advice not to scrape every last bit out of the mixing bowl) but I did have confectioner’s sugar all over the place by the time I was done. Oh well! It’s an easy clean up and a fair price to pay for delicious, homemade marshmallows so light and fluffy they literally bounced off the counter top! 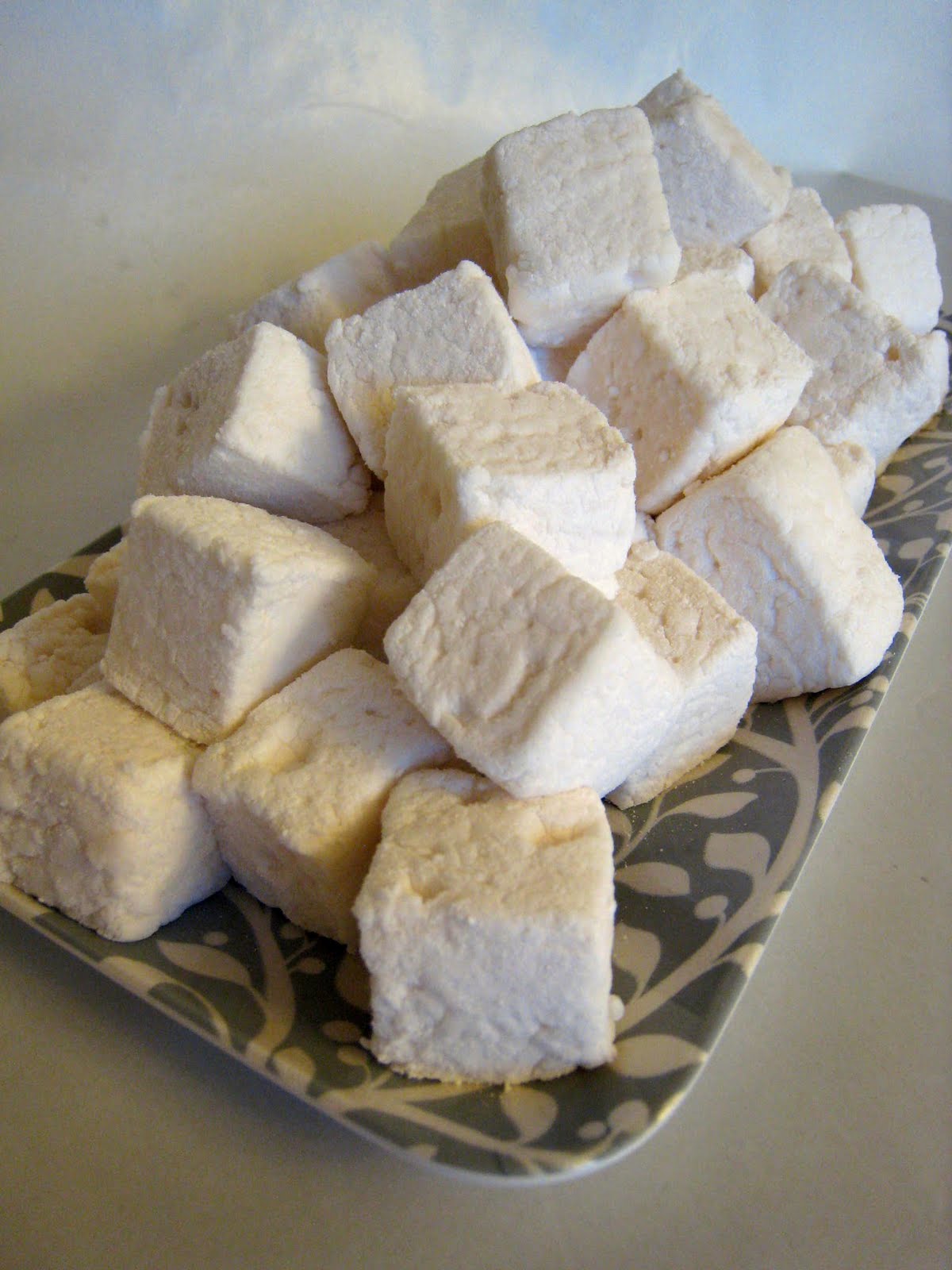 3. In a 3-quart heavy saucepan cook sugars, corn syrup, remaining water, and salt over low heat, stirring with a wooden spoon, until sugar is dissolved.

4. Increase heat to moderate and boil mixture, without stirring, until a candy or digital thermometer registers 240°F, about 12 minutes. Remove pan from heat and pour sugar mixture over gelatin mixture, stirring until gelatin is dissolved.

6. In a large bowl with cleaned beaters beat whites (or reconstituted powdered whites) until they just hold stiff peaks. Beat whites and vanilla extract into sugar mixture until just combined.

7. Pour mixture into baking pan and sprinkle about 1/4 c. confectioner’s sugar over the top. Chill marshmallow, uncovered, until firm, at least 3 hours, and up to 1 day.

9. Makes 96 one-inch marshmallows. Keep marshmallows an airtight container at cool room temperature up to one week. 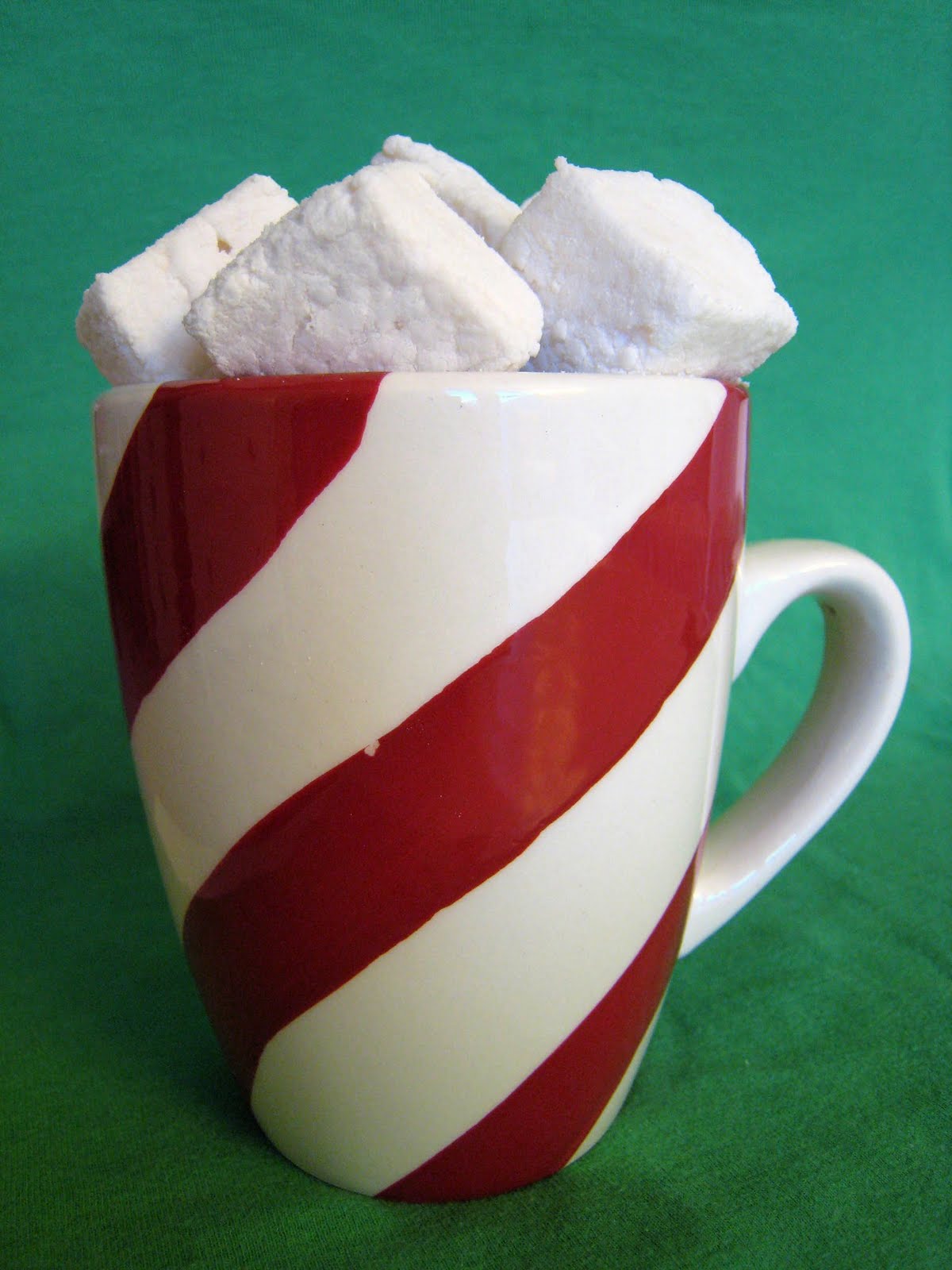 They’re pretty enough to set out on their own, but they’re so good atop a big mug of hot cocoa!