Tonight’s cupcakes are very special for two reasons. Number one, I baked them for my roommate and I’s “Bachelor” party. You know, as in a party to watch the most DRAMATIC “Bachelor” finale EVER…or so say the commercials. I purposely chose a cake that was very wedding-esque in hopes of sending proposal vibes Melissa’s way. Yep, I said it. I want Melissa to win. As I was saying, I chose an almond-scented white cake because it seemed like a cake that would a very traditional wedding choice. Then, I topped the cupcakes with cream cheese frosting and, what else? Roses.

Those roses bring me to the second reason this post is special. Today is my little sister’s 22nd birthday. She loves roses and I love her. I can’t believe she’s 22. I’m old. 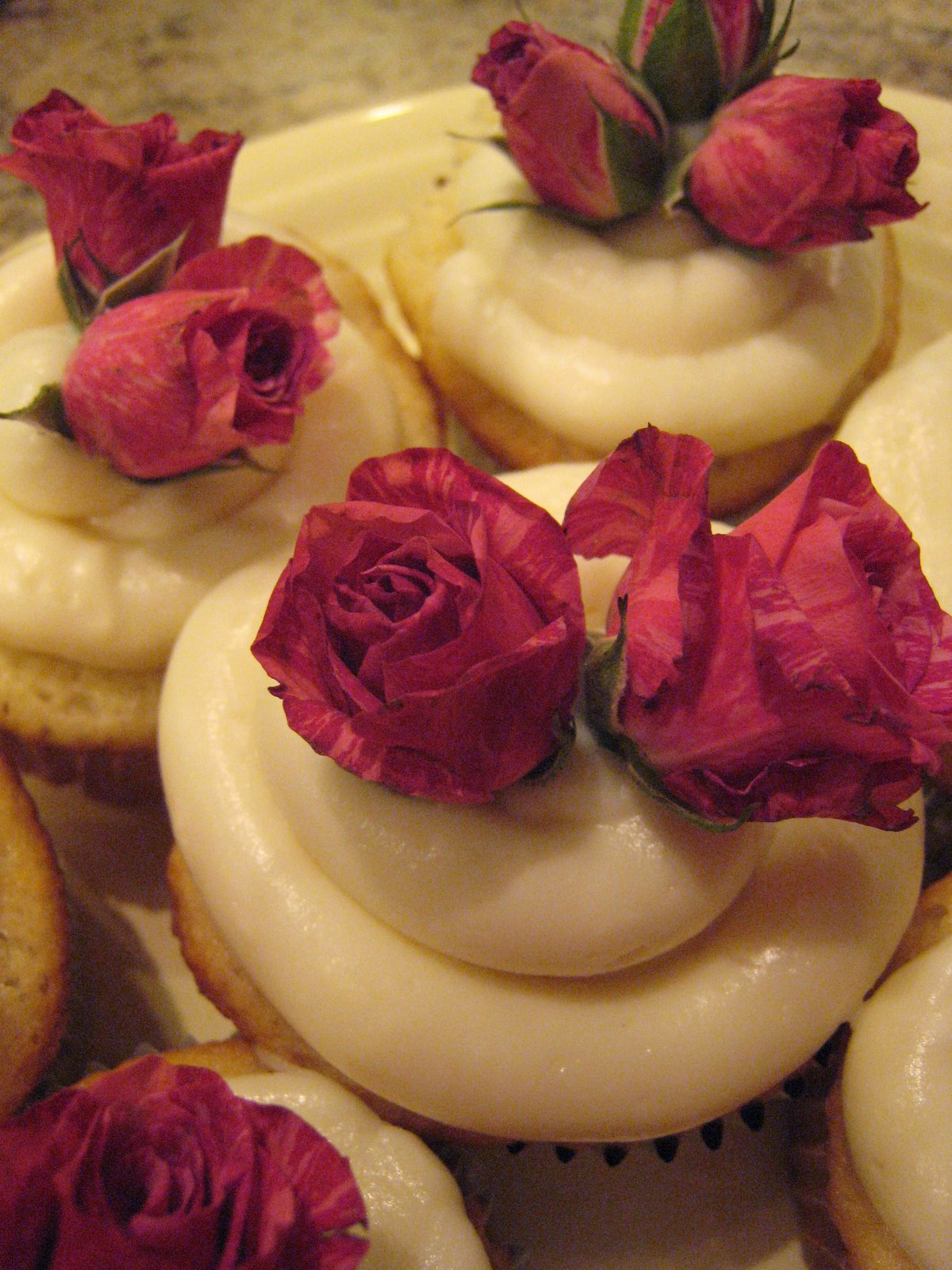 1. Position a rack in the middle of an oven and preheat to 350ºF. Butter and flour 2 round cake pans each 9 inches in diameter and 1 1/2 inches deep.

2. In a medium bowl, sift together the flour, baking powder and salt.

3. In a large bowl, using an electric mixer set on medium-high speed, beat the butter until light. Gradually add the sugar, beating until well blended. Beat in the vanilla and almond extracts.

5. In a large bowl, using an electric mixer fitted with clean, dry beaters and set on high speed, beat the egg whites until stiff peaks form.

6. Using a rubber spatula, gently fold the beaten whites into the batter just until incorporated.

7. Divide the batter between the prepared pans; smooth with the spatula. For cupcakes, divide among 24 cups using a standard-sized scoop.

11. For cupcakes, use either a piping tip or the cone method to fill each cupcake with raspberry preserves.

12. Spread the remaining frosting over the top and sides. Ring the top with raspberries, if using, and press the toasted almonds onto the sides.

13. Serve immediately, or cover with a cake dome and refrigerate for up to 1 day. Bring to room temperature before serving. Makes one 9-inch cake; serves 10 to 12. 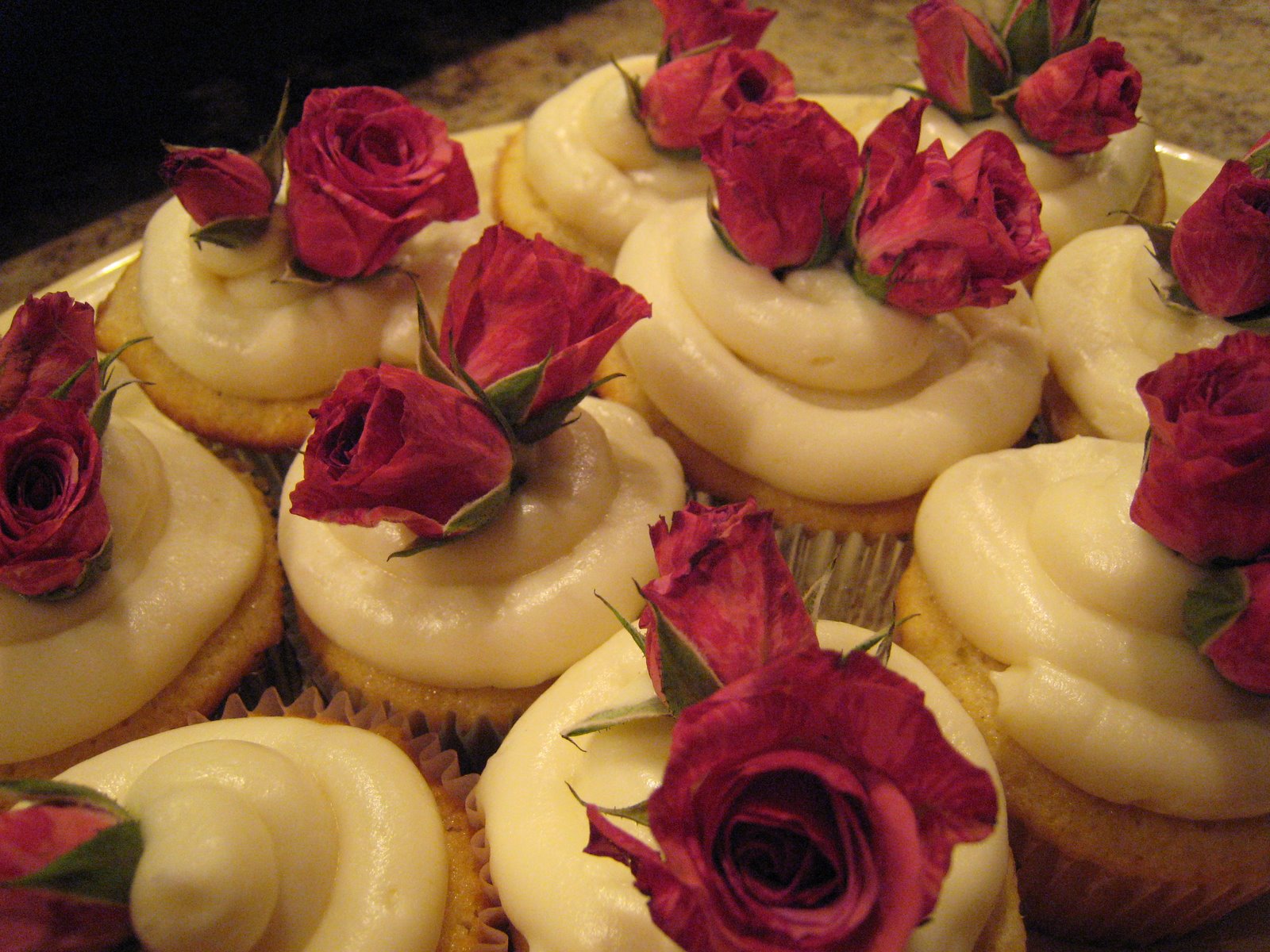 Will you accept this rose?

One year ago: Pumpkin Pie Muffins